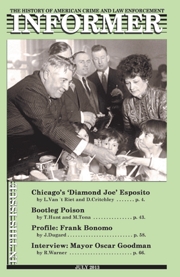 “Diamond Joe" Esposito entered the United States at a time when there was no easily discernible difference between organized crime and organized politics. Each had the same objectives and made use of the same tactics. Frequently, they had the same membership rolls.

After settling for a time in Brooklyn, Esposito migrated to Chicago, effec-tively blazing a trail that later would be followed by such gangland figures as Johnny Torrio and Al Capone. In the Windy City, Esposito performed apparently conflicting functions while inhabiting the twilight area between underworld and overworld, between the unprincipled street toughs and the respectable citizens.
That he used his influence to assist the poor immigrant families in his district is well established. However, it cannot be denied that he also aided those who preyed upon and terrorized the same families.

The story of Esposito’s life, provided by Lennert van`t Riet and David Critchley, is a window into a tumultuous period from the close of the Gilded Age through the early years of the Prohibition Era. (Preview)

Also in this issue of Informer:

- Thomas Hunt and Michael A. Tona relate how a successful raid by Prohibition agents led to the distribution of poisonous alcohol in the United States and Canada (Preview).

- Thomas Hunt ponders the re-release of The Last Testament of Lucky Luciano (Preview).

Tweet
Posted by Thomas Hunt at 7:08 AM No comments:


'He was a faithful, generous and loyal friend'

The Life and Crimes of
'Diamond Joe' Esposito 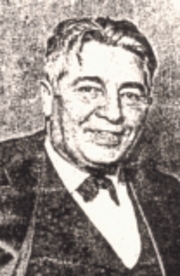 "An early example of the rise of Italian immigrants to positions of political influence in the United States, Giuseppe 'Diamond Joe' Esposito was a legendary mediator between organized criminals and political interests in Chicago. Rarely involved directly in criminality and seldom held legally accountable for his follies, Esposito was accused of using old-style political beneficence to enhance his own power and expand the influence of bootleggers and racketeers. The causes of his 1928 murder remain something of a mystery, but probably relate to the violent intersection of organized crime and organized politics in the Windy City..."

Thirty-two pages, including five pages of notes, sixteen photographs and one map.

Tweet
Posted by Thomas Hunt at 7:01 AM No comments:


A raid by Prohibition agents set in motion
events that led to deaths, blindings

By Thomas Hunt and
Michael A. Tona

"One of Prohibition’s more severe unintended con-sequences was a wave of deaths and blindings among residents in western New York and nearby Canada that lasted through the early summer of 1926. Reports of the casualties followed closely behind a successful law enforcement raid of an alcohol redistilling operation in mid-spring..."

Fourteen pages, including two pages of notes and ten images.

Tweet
Posted by Thomas Hunt at 6:57 AM No comments:

More than one hundred documented and suspected members of the Buffalo-based Magaddino "Arm" Crime Family active in the period of the 1910s through the 1940s. Chart contains information on aliases, birth, death, immigration, family connections and underworld rank.

Posted by Thomas Hunt at 6:54 AM No comments: 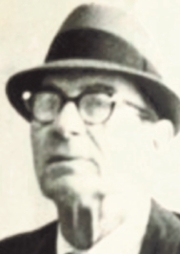 "Frank Bonomo was a long-time member of the Bonanno Crime Family, who briefly may have served as a capodecina (group leader) during the late 1970s. Equally adept at avoiding the attention of law enforcement and the wrath of rivals, he survived the New York gangland 'Banana War' and lived to the age of 86..."

Eight pages, including two pages of notes and six photographs.

Oscar Being Oscar
An interview with Oscar Goodman 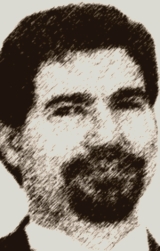 "Oscar Goodman was born and raised in Philadelphia to well-educated parents who positively encouraged him and his siblings. The parenting strategy paid off with success stories for all the Goodman children. As a young attorney, Oscar Goodman worked under future senator Arlen Spector. From Spector, Goodman learned organization and diligence. The early training formed a foundation that led him to become known as one of the top criminal defense lawyers in the country..."

Tweet
Posted by Thomas Hunt at 6:48 AM No comments:

Return of 'The Last Testament' 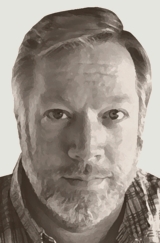 "It is not especially surprising that Enigma Books is hawking a new (released last month) reprint of The Last Testament of Lucky Luciano. I can’t pretend to understand Luciano hero worship or the desire to plunk down a dozen dollars for snake oil in book form. But I do understand the actions of Enigma Books and Last Testament’s surviving coauthor Richard Hammer: The Last Testament of Lucky Luciano has made money before and could make money again. And what could be wrong with that? Writers and publishers are in business to make money..."

Tweet
Posted by Thomas Hunt at 6:45 AM No comments: