For whatever reason, certain figures in crime history attract an inordinate amount of attention from the public. That attention tends to generate legend. And there probably are more underworld legends about Al Capone than any other criminal.

Capone contributed to the growth of these legends through his public appearances and through his travels. While his criminal empire was based in Chicago, he is known to have visited many locations across the Midwestern United States. He also traveled extensively in his native state of New York and in the nearby states of New Jersey and Pennsylvania. He visited the West Coast and vacationed in the South, eventually settling in Florida. All the locations he visited during his lifetime – and perhaps a fair number of places he never even heard of – have become homes to Capone history and Capone legend.

In this issue, true crime author Scott Deitche tracks down some of the lingering Capone legends in St. Petersburg, Florida, a Capone retreat where the gangland boss reportedly owned considerable real estate. (Preview) Deitche uncovers the properties and businesses that really have historic connections to Capone and his underworld associates.

Fifty-six pages, including advertising and cover.

Posted by Thomas Hunt at 6:56 AM No comments: 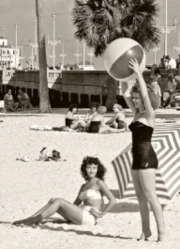 "In January of 2009, a home in the Shore Acres neighborhood of St. Petersburg, Florida, went on sale for $262,000. From the front, the 2,350-square-foot, ten-room house was guarded by two stone lions. Sold for more than half a million dollars at the height of the regional real estate boom a few years earlier, the house entertained some lookers but no buyers. What made the house unique was the claim that it was built by Al Capone for his mother Teresa."

Seven pages, including four photographs, sidebar and one page of notes.

Tweet
Posted by Thomas Hunt at 6:46 AM No comments:

Gunmen of the Castellammarese War - Part 4 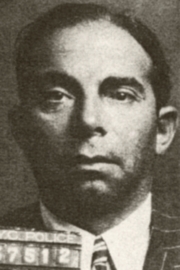 "Dominick 'The Gap' Petrelli’s life was filled with intrigue and risk. More an underworld 'fixer' than a Mafia killer, Petrelli sought to steer a course that maximized his business opportunities while avoiding potentially fatal side-effects. The only of our five Castellammarese War gunmen subjects born in mainland Italy, Petrelli came into the world as Domenico Antonio Francesco Petrella."

Twenty-four pages, including twelve photographs and five pages of notes.

Tweet
Posted by Thomas Hunt at 6:42 AM No comments:

"By the early 1960s, the FBI had persuaded at least three members of the San Jose, California, Mafia and one member of the San Francisco Mafia to share confidential information. At a time when the FBI’s knowledge of the Mafia was limited, these sources identified members, revealed organizational history and helped the Bureau build a storehouse of Mafia intelligence."

Eight pages, including one photograph and three pages of notes.

Tweet
Posted by Thomas Hunt at 6:36 AM No comments: Three and a half pages.

Tweet
Posted by Thomas Hunt at 6:31 AM No comments:

Chart provides data on dozens of documented and suspected Mafiosi from the Tampa, Florida, area in the 1920s through the 1940s.

Tweet
Posted by Thomas Hunt at 6:26 AM No comments:

Beginning with the next issue - due for release shortly - Informer will be printed at half the size of the old format (5.25 inches wide and 8.25 inches tall). The result is a journal that is easy to carry, fits well on a bookshelf and costs considerably less to produce and purchase.

Tweet
Posted by Thomas Hunt at 4:52 PM No comments: