Drug racket experience was a sore spot for decades 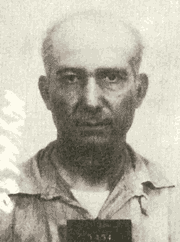 "Nicola Gentile fled the U.S. in 1937 for his native Sicily in order to avoid prosecution for narcotics trafficking. It was a matter he brooded about for decades. Gentile, then an aide in Vincent Mangano’s New York crime family, had been doing well as a mid-1930s partner of a popular and well protected Manhattan gambling den. That changed when an agreement between Mangano and Vito Genovese caused Genovese rival Dominick 'Terry Burns' DiDato to be murdered at the entrance to the Sciacca Restaurant, 90 Elizabeth Street, used as a front for the operation. After the August 6, 1936, slaying and the attention from press and police it generated, the gamblers stayed away."