How has coronavirus affected the Mafia?

How has the coronavirus affected the Mafia? 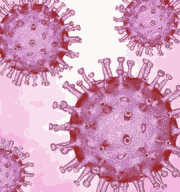 "When pandemics hit they can hit anyone, and those who live in the world of organized crime are no exception. According to our present understanding, the current pandemic originated in the Chinese province of Wuhan sometime between September and November 2019 and spread to the United States, hitting the Seattle area around January 15, 2020. The earliest recorded death in the U.S. was in Seattle about three weeks later on February 6. By April 28, there already were one million confirmed cases in the U.S. and more than 200,000 deaths worldwide, according to the Worldometer, a site which tracks coronavirus cases. The pandemic was just getting started..."