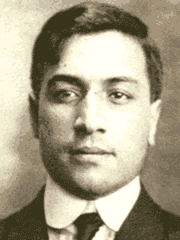 Excerpt from Secret Societies by Jon Black: "Salvatore D’Aquila, who took on the role of U.S. Mafia boss of bosses following Giuseppe Morello’s 1910 incarceration, was described as a cunning and authoritarian figure. His reign over the U.S. Mafia lasted until his murder in 1928, when he was replaced by Giuseppe Masseria. A Sicilian immigrant from western Sicily, Masseria arrived in Manhattan around 1900. He began his criminal career as a professional burglar. In 1907, twenty-one-year-old Masseria received a suspended sentence after breaking into an apartment on Elizabeth Street. Later that year, he was arrested and discharged after making Black Hand threats against his own family..."