The man (or men?) gunned down by young Gentile 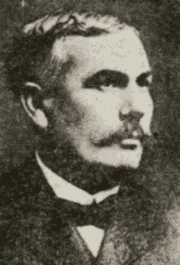 "Nicola Gentile did not provide the name of the man he gunned down early in his underworld career on orders from Pittsburgh Mafia boss Gregorio Conti. In his book, Vita di Capomafia, he gave readers some clues, including the motivation for Conti’s order and the details of the killing, but those clues actually point to two different murder victims. According to Gentile, Conti targeted the man responsible for the earlier stabbing Salvatore 'the Banana King' Catanzaro. Catanzaro, he said, was a Termini Imerese native, a member of the Pittsburgh Mafia and a giant in the local produce industry. Gentile stated that the stabbing occurred two years before he settled in Pittsburgh. In the interim, Conti had tried importing some hired gunmen from New York for the job but merely got cheated out of his advance payments to them. The assignment was given to Gentile sometime after his arrival late in 1915..."